Deploying apps to forwarders using the Deployment Server is a pretty commonplace use case and is well documented in Splunk Docs. However, it is possible to take this a step further and use it for distribution of apps to the staging directories of management components like cluster manager or a search head cluster deployer, from where apps can then be pushed out to clustered indexers or search heads.

The obvious advantage of this approach is that the Splunk admins only have to effectively stage all apps in just one directory – deployment-apps – of one component – the Deployment Server. This centrally consolidates the distribution of apps in one place. The following diagram illustrates this concept.

For a cluster manager, we can add the snippet below to the deploymentclient.conf:

For a search head cluster deployer, we do the same, like so:

This takes care of configuring the destination location on individual clients. The attribute value pair serverRepositoryLocationPolicy = rejectAlways instructs the client to reject any path provided by the deployment server as the target location and instead use its own repositoryLocation attribute to declare the same.

Ok, so let’s say we have created a serverclass test-cm to manage apps on the cluster manager. Now we want to push an app named org_all_indexes, that contains all indexes to be configured on the indexer tier. See the stanza below for this in the serverclass.conf of the deployment server.

As you might have noticed, the only difference between how this works for a deployer vs a cluster manager is really the repositoryLocation attribute in the deploymentclient.conf. The rest of the configuration is exactly the same for both components.

The limitation to this approach however is that you give up the ability to manage apps that are ‘installed’ on the cluster manager’s or deployer’s $SPLUNK_HOME/etc/apps folder since you cannot manage more than one repository location in a single deployment client. This is really not of great concern, given the fact that there aren’t as many cluster managers or deployers in a typical Splunk deployment and that the apps required to be installed on these components hardly have configurations that require constant additions or updates.

This is a much simpler and preferred approach as it overcomes the limitation mentioned above as well as only requires update to the serverclass.conf

Again let’s consider the cluster manager, Add the below snippet to the serverclass.conf:

The above snippet simply defines two serverclasses – test-cm and test-idx – instead of just one in the previous example for the same client, cluster manager in this case, and specifies a non-default target repository location using the attribute targetRepositoryLocation. Any apps that gets attached to test-cm will go to apps directory $SPLUNK_HOME/etc/apps and any apps that gets attached to test-idx will go to the staging directory $SPLUNK_HOME/etc/master-apps, of the cluster manager.

Here too, the only difference between how this works for a deployer vs a cluster manager is really the targetRepositoryLocation attribute for each serverclass definition in the serverclass.conf.

There are some things to be aware of when using these approaches including:

What we covered here is a native option in Splunk to augment the usability of the deployment server component in managing apps across a clustered Splunk deployment. I highly recommend reading this in conjunction with an earlier blog I wrote about automating the staging of deployment apps in the deployment server using GitHub Actions linked here. This blog serves as a technical addendum to the linked article. I will soon be publishing a sequel to the linked blog that will let you administer the deployment server fully out of a GitHub repository so the entire deployment configuration and apps are version-controlled and can easily be rolled back to a previous version if so required. Stay tuned.

Looking to expedite your success with Splunk? Click here to view our Splunk Professional Service offerings.

© Discovered Intelligence Inc., 2022. Unauthorized use and/or duplication of this material without express and written permission from this site’s owner is strictly prohibited. Excerpts and links may be used, provided that full and clear credit is given to Discovered Intelligence, with appropriate and specific direction (i.e. a linked URL) to this original content. 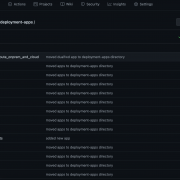 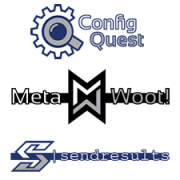 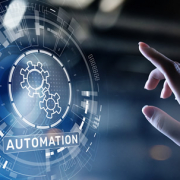 Get Excited About The Splunk Cloud ACS CLI

Help Getting Started with Splunk